The film is about Réka and her sister Eszti trying to find out what their father did as a freedom fighter during the Hungarian Revolution of 1956. The story unfolds as the women take their father’s ashes from the U.S. to Hungary to fulfill his dying wish to be buried in his native land, a place to which he never returned after fleeing in 1956. The journey veers off course when the sisters realize that their father’s role in Hungary’s revolution was never really questioned – and never really documented. Maybe it never happened.

Taking place in Budapest a half-century after the fateful events that took nearly 3,000 lives and forced more than 200,000 Hungarians to emigrate, Journey Home documents Laszlo Pigniczky’s daughters as they take a personal – sometimes disturbing, sometimes humorous – trek into the history of 1956. Armed only with their deceased father’s vague anecdotes and their own curiosity about the past, they try to piece together the puzzle of their father’s role in Hungary’s seemingly futile battle against the Soviet Union.

The sisters research their father’s story at the Hungarian secret service archives, interview surviving ‘56ers who might have known and fought with their father, consult with historians, and physically try to retrace their father’s footsteps from the first days of the revolution, through the street fights of early November, until his escape through Yugoslavia to the United States.

They find out far more than they hoped for, although their father’s story takes a number of unexpected turns along the way. By the end of the film, his journey home has become their own emotional journey to understand their father and the events that shaped both his life and their own upbringing.

“It’s been a long time since I’ve seen anything this good. … The American style of cinematic storytelling is masterful… The scenes are hard-hitting. The people are human.”
Béla István Szabó (Gondola.hu)

“I found myself choked up for 40 out of the film’s 88 minutes, because everything the movie had to say about the revolution, its aftermath, about émigré Hungarians both now and after the revolution, about memory and about our children – everything spoke to me personally, as an individual.”
Klára Varga, Magyar Nemzet (Hungarian national daily broadsheet)

“Of the large number of films produced on the occasion of the revolution’s 50th anniversary, Journey Home is probably unique, for it focuses on the story of a single individual… using documentary techniques.
András Kósa (Hírszerzô.hu) 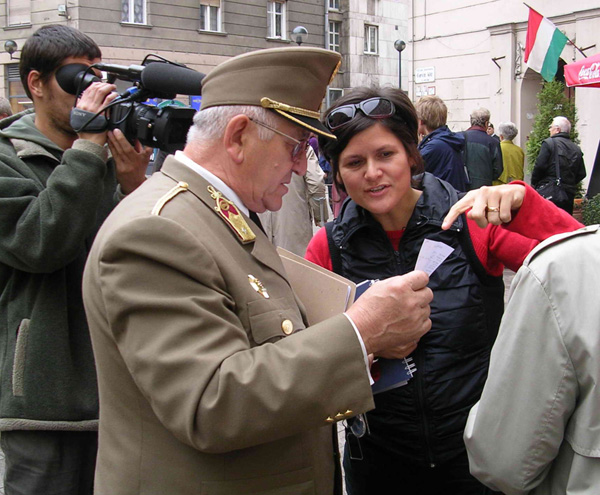 I’m making this film now because earlier in my life I made a huge mistake. As a television journalist based in New York, I was responsible for covering major international news. But while I was so wrapped up in my ‘real’ job, I managed to miss one of the biggest stories in my own backyard, a compelling tale of personal bravery and the struggle against tyranny – my own father’s.

When it comes to my father, known by most everyone as “Pige,” nothing has ever been simple. The story of his past in Hungary is not a straightforward one, mainly because he was the only one telling it, at least while we were growing up in the U.S. He also had quite a dramatic flare; he was known to exaggerate a story for effect, and his approach to names, dates and specific detail was liberal, to say the least. He was entertaining, and when you’re funny, specifics bog you down. Children loved him, but as an adult you were never quite sure how much of the facts he was embellishing.

So apart from the oft-repeated stories like his cousin dying at the wheel of the jeep, placing dinner plates face-down on the streets so that the Russian tanks would think they were mines, tossing Molotov cocktails at the tanks and so on, we didn’t know the who/what/where/when of his story, just the overarching and undeniable why: to get rid of the Soviets. We did not know who he fought with, where he fought, what battles he took part in – just that he was in the thick of it like so many other average men and women who were enraged enough at the Communist leadership to take up arms against it.

The painful reality behind this film project is just this: if you subtract the intriguing anecdotes and heroic slogans of my father’s ‘56 story, we have no idea what he did, exactly. I mean, I’ve always believed him, and my sister has always believed him—in fact my mother has always believed him even though she divorced him over 25 years ago – but that’s not a reliable account to tell my own children, who are already asking questions, and the oldest is not yet five.

While other 56’ers have written memoirs about what happened and what they did — all very heroic or tragic or both — my dad never really spoke in detail and never published a word. By the time I realized that one of the biggest stories lurking in my neighborhood could be my own dad, he was diagnosed with cancer in 2002. He passed away within 6 months, not living long enough to see my second daughter and Eszti’s fourth being born – never mind getting his ‘56 story down on paper or film.

He left this world so suddenly, and so early at age 73, that his personal belongings, his life, his thoughts, pictures, and his story were left in total disarray. And so were we.

If he were still here, I know what my father would say about this documentary and about my musings in general: “Reka: if you listen to me, you’ll do whatever you please.” – that’s what he always said. We always knew that he loved and supported us, but he wasn’t focused on his own legend, and ultimately, the follow-up and follow-through were not his style either. He was more dramatic in deeds than words, more action than armchair intellectualizing. He was the type who woke up in the middle of the night, mid-sleep, kneeling by the side of his bed, shooting over his mattress at the enemy. He taught us to do the same, in real life, if and when necessary.

His message, minus the details of his own role, was loud and clear: when someone takes your freedom away and humiliates your nation, you don’t sit by idly. You act.

My goal in making this film was to find out exactly what my father’s story was – what he did in 1956 as a ‘freedom fighter.’ I set out to document the specifics of a story that we always assumed was true; what I learned was that finding out the truth, especially after 50 years, is not easy. The truth is rarely conclusive, and it’s certainly not what I expected – all of this in a country that bares only a resemblance to the one my parent’s left in 1956, the one they taught us to call “home.” 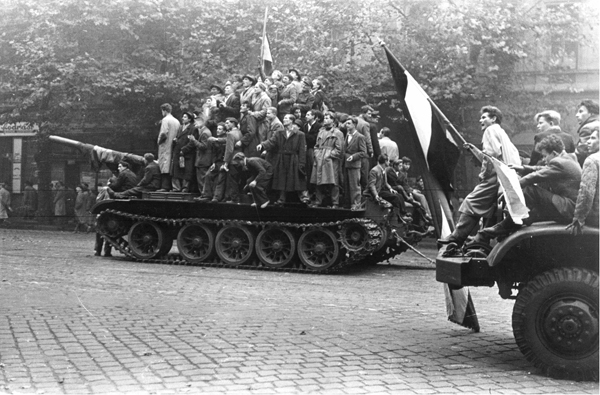 Winner of the Best Investigative Film Award at the Film.Dok Festival (2007)

In 1956, Hungary was a satellite of the Soviet Union, occupied since the end of the Second World War by Soviet troops. A Communist system was imposed upon the country by force and maintained through systemic terror and Stalinist policies. On October 23, 1956, a student demonstration in Budapest turned violent when secret police snipers fired upon the crowd. Within hours, Hungarian civilians throughout the country took up arms and rose against the Communist system. This revolution - the first such break in Communist Eastern Europe - was victorious for about one week.

It was crushed by Soviet troops on November 4.